What is viable and nonviable Particle Count?

What is viable and nonviable Particle Count? 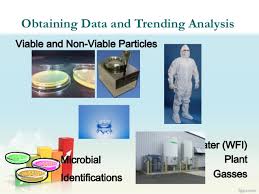 Viable monitoring refers to testing for the detection and enumeration of bacteria, yeast and mold.  It includes the monitoring of personnel, air and area surfaces for microbial contamination.
Non-viable environmental monitoring which is a reference for particle counts measured by a laser counter.  Companies who have their clean room facilities monitored do so to ensure their desired/required quality standards are met. The areas that are sampled in a manufacturer’s clean room include:
Viable Monitoring:
Microbiological environmental monitoring involves the collection of data relating to the numbers of microorganisms present in a clean room or clean zone. These microorganisms are recovered from surfaces, air, and people. Nonviable particle counting, a physical test, is often included within the program because this function has often resided with the microbiology department to perform and due to the theoretical relationship between high numbers of nonviable particles and viable counts.
The viable count aspect of environmental monitoring consists enumerating the numbers of microorganisms present in a clean room by collection results by using the following sample types:
Air Monitoring
(a) Passive air-sampling: settle plates.
(b) Active air-sampling: volumetric air-sampler. 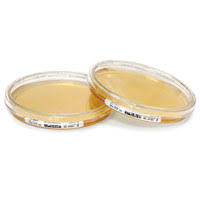 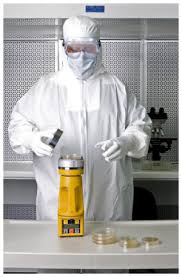 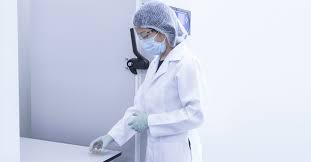 Personal Monitoring
(a) Finger plates;
(b) Plates of sleeves/gowns. 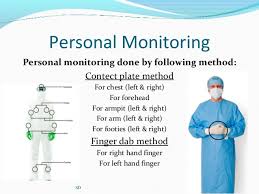 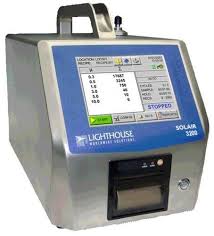 Principle of particle counter:
Non-viable particles are monitored using particle counters which do not distinguish between viable and non-viable particles but are much more technically advanced than air samplers. Particle counters were developed by the U.S. Military in the 1960s for use in the aerospace industry and were then further developed for use in the semiconductor and pharmaceutical industries. They consist of a dark chamber, or sensor, containing a discrete laser which uses mirrors and optics to view the particle, and a pump to pull the required sample through the sensor. The principal behind the detection and sizing of particles is simple; the vacuum pump sucks the particle through the sensor and the laser beam. At this stage it deflects the light from the laser onto mirrors which are focused onto a photo detector; this reflected light is then converted into an electrical pulse by the photo detector. The pulses are counted and sized by the electronics within the particle counter. The bigger the particle the more light it reflects and therefore the bigger the electrical pulse converted by the photo detector. 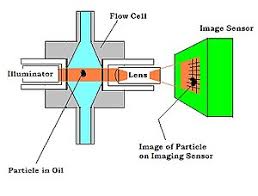 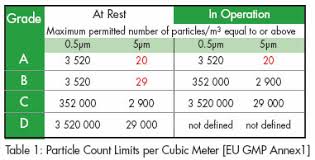 Tired searching for a job? Feeling helpless? Tired of waiting for a response after applying on those job portals? We are there to help you out.

6 thoughts on “What is viable and nonviable Particle Count?”