Difference between C8 and C18 Columns Used in HPLC System

Difference between C8 and C18 Columns Used in HPLC System

C8 and C18 both types of columns are used in pharmaceutical analysis but their use is specific for analysis of different products. Here we are discussing the difference between C18 and C8. 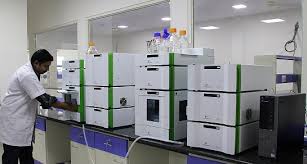 High-Performance Liquid Chromatography (HPLC) refers to a technique in analytical chemistry that is used to identify, separate and quantify each component in a mixture. C8 and C18 both refer to the alkyl chain of a bonded face of a column. They are both used in high-performance liquid chromatography. The two columns have some similarities, but they are also different in some way. Some of the differences between C18 and C8 are discussed here.
Octadecylsilane (C18) has 18 carbon atoms. On the other hand, Octylsilane(C8) has only 8 carbon atoms on the column parking bonded to silica (Si).

C18 will tend to retain more than C8. In that, if a similar compound was eluted on the two columns, it will elute faster on C8 and slower on C18. This is caused by the parking per unit surface area density of the column.
C18 is denser than C8. The denser parking will increase the surface area that the molecule in a mobile phase has to travel through per unit length. It will also increase the time of interaction within the elites and stationary phase causing a greater separation ability for more complex molecules.
In other terms, C18 has Octadecyl chains which are usually hydrophobic and highly retain nonpolar compounds. The length of its carbon chain is longer.
On the contrary, C8 has Octyl chains and hence it is less retained when used with the same compound as C18.
When a short retention time is required, C8 is more preferred. Its lower hydrophobicity will cause faster retention of nonpolar compounds. Therefore, nonpolar compounds will move down the column more rapidly with C8 than with C18. 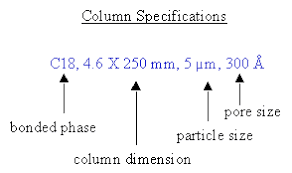 C18 HPLC is extensively used in environmental science, pharmaceutical industries, radioanalytical laboratories, and chemical analysis. They are used to analyze individual parts of chemical mixtures or radiolabeled/labeled molecules.
C18 is considered better for separating compounds such as long-chain fatty acids as compared to relatively small organic compounds. It is relatively cheap as it is produced in large amounts by most manufacturers.

C8 and C18 have a lot of elements in common. However, extensive research has helped to identify some of the distinctive differences between C8 and C18 used