What is the fumigation and fogging?

What is the fumigation and fogging? 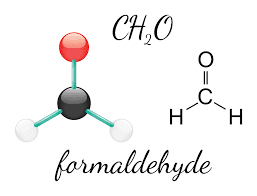 Before stating the Fumigation activity stops the AHU up to closing the Fumigation activity.
Ø Place the suitable size of Fumigation container in the area.
Ø Heating 91 percent paraformaldehyde at the rate of 5 grams per cubic meter of space in an electric evaporator. An electric frying pan on a low temperature setting is suitable.
OR
Ø Adding 35 ml of formalin (40 percent formaldehyde) to 10 g potassium permanganate per cubic meter of space.
Ø Keep the room under “Fumigation” for a minimum of 12-24 hours. 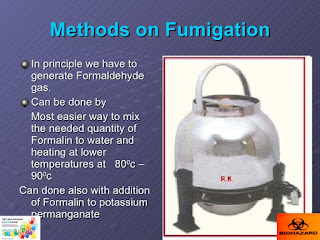 Ø After the stipulated duration, put ON exhaust the AHU and continuously circulate the AHU (Air Handling Unit) at least 6 hours.
Ø Use dilute Ammonium solution (2/3 of formaldehyde) to absorb the fumes and clean thoroughly the entire area before the start activities with mild detergent and disinfectant.
Precaution:
Ø Prior to fumigation, seal all openings and wet the surfaces.
Ø Wear protective clothing, gloves, mask and safety glasses.
Ø Beware of splashing as the reagents react. The reaction generates heat.
Ø Avoid inhalation of the fumes.
Ø Do not carry out this procedure alone.
Ø Allow 12-24 hours for the vapor to penetrate all the surfaces.
Ø Immediately Label the area as “AREA UNDER FUMIGATION” so that nobody enters the room.

Why these regulatory agencies banned fumigation?

Formaldehyde is a potential carcinogen in nature, there is risk of cancer associate with this to the personnel who is handling formaldehyde, causes burns and the vapor irritates the eyes and respiratory tract. Fumigation with Formaldehyde is banned in most of countries as the fumes generated have been declared Carcinogenic by regulatory authorities across the globe and most pharmaceuticals moved their way towards Fogging. 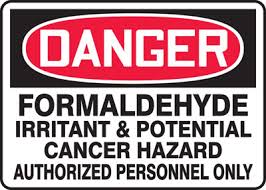 Now fogging is used in pharmaceuticals to control the microbial contamination in controlled area. This is directed by a blower and vaporized spray. This process requires fogging machine and fogging solution (Fumigant). By these fogger machines solution is sprayed in the area in form of aerosol. The small particles of disinfectant solution suspend in the air for long time and kill all the air borne bacteria, fungus and their spores. This is also very effective way to control the contamination.
Fogger machines:
The recommended ULV (Ulta Low Volume) fogger used for “fogging”. 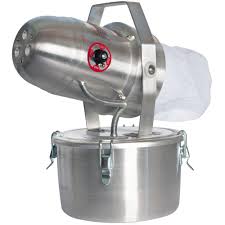 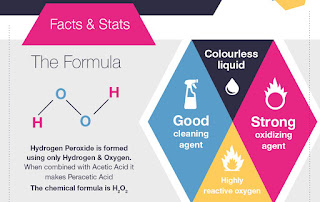 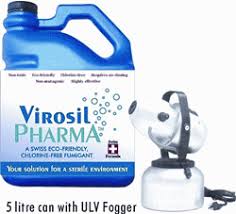 In case of hydrogen peroxide and silver solution is safe for the personnel and no residues left after fogging as it decomposes in to water and nascent oxygen. There is no requirement of de-fogging and cleaning of equipment and area to remove the residues of this solution.
References:
1. This article written based on industrial experience and information collected from different site like: Pharma Manual, Pharma Pathway, etc

10 thoughts on “What is the fumigation and fogging?”